"Weighted Down"
Feist takes the lead this week with Nels Cline arpeggiating some ridiculous 64th notes on a toy guitar.

VIDEOTHEQUE
JTV
･ 10: Hammer Time
･ 11: Death By Flute
Another installment of randomness taped off the tv from our Japan tour this year.
･ 12: Tragic Puppetry

This was a bonus video we made during the shoot for the Sexx Laws video. Bass player Justin (JMJ) volunteered to dress up as a Kenny G style Smooth Jazz soprano sax player and serenade the destruction wrought by the day glo football team. (Coincidentally, Kenny G sat behind me on a flight to Seattle (regrettably not Ojai) a few months after this shoot). It was shot in a few takes before the lunch break and assembled later during the editing for the actual clip, essentially for our own amusement. The track came about when the idea arose to get some one to do a Smooth Jazz arrangement of the song instead of a remix. The music was played by the band, except for the sax player, who was an actual jazz session player. The track beautifully evokes the abandon of smooth. Its a little long, but if you stay with it, it will reward you with a smooth outlook for the rest of the day. 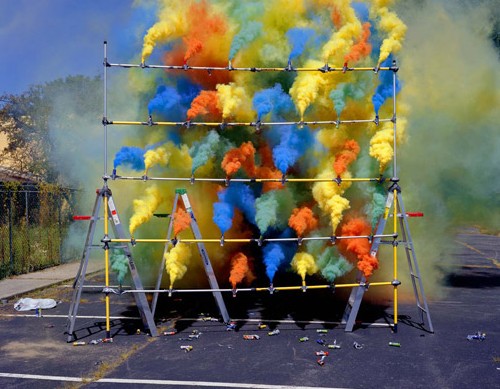 We have a new section called COLORSPACE which features work by new artists. We will have a different show each month. Our first show is Olaf Bruening, a prolific Swiss-born artist whose inspiration lies greatly in music. 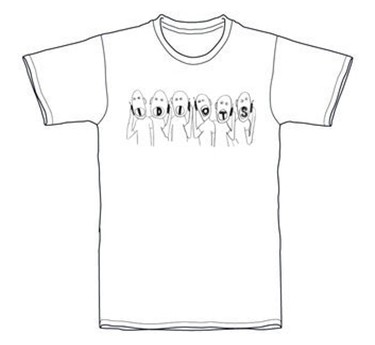 We have a special shirt available made by artist Olaf Breuning who has a show in our new Colorspace section. Beck.com is hosting exhibitions now through the site and with each show we are collaborating with the artist to make a one of a kind piece. The shirt design is taken from one of Olaf's drawings and will only be available while the show is up.

Have a look at Olaf's work at his site olafbreuning.com or his gallery at metropicturesgallery.com. And for a bit more info on Olaf, take a look at his interview on artnet.com.

CHARLOTTE GAINSBOURG ALBUM OUT IN EUROPE

The Charlotte Gainsbourg album "IRM" written and produced by Beck is out today in Europe. Those living in Europe can find it on iTunes, CD or the quadruple 10" vinyl deluxe package.

Click here to see the new video of the first single "Heaven Can Wait."

Click here to read the press at charlottegainsbourg.com and The Canadian Press.

Yes the album got released yesterday in France, Belgium, Netherlands, today in Quebec, Friday in Germany.

France
The LP version is #1 on iTunes France

Canada
The album is #21 on iTunes Canada (LP version) 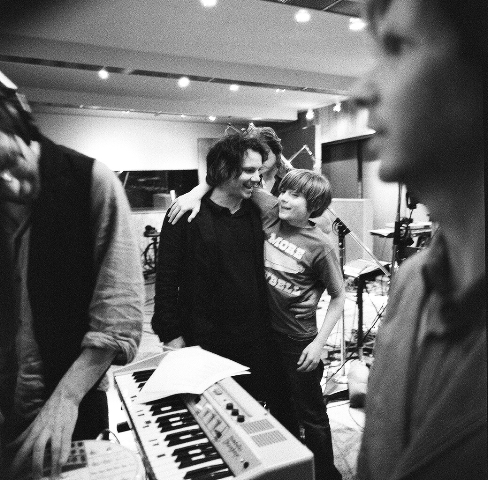 Towards the end of the night, while recording the third record club last summer, our friend Autumn De Wilde (who had just shot Wilco's new album cover, Beck's Sea Change, as well as White Stripes, etc.) dropped by and took some photos of Feist, Jamie, drummer James Gadson and the Wilcos, plus Jeff's son Spencer who sat in.